Sheffield is known for its friendly people and has been a popular choice for students for a long time. The current student population of the city is 50,000 including both University of Sheffield and Sheffield Hallam University students. Sheffield is so popular in fact that many students never leave, instead choosing to settle in the city.

To make sure that you get the most out of your time at university all our student accommodation Sheffield facilities are in prime central locations, giving you easy access to everything the city has to offer.

Looking for Student Housing in Sheffield?

At Omnia Space we have a wide choice of Sheffield student accommodation choices for you. Sheffield Hallam and University of Sheffield students alike are extremely happy in our housing so wherever you’re studying in Sheffield, student property is not something you need to worry about.

All our properties in Sheffield are perfectly situated for any student. Sheffield Hallam student accommodation in the city centre is often quickly snapped up by people who don’t want to face a long walk in for lectures – or home from a night out – and no student property is closer to Sheffield Hallam’s city centre campus than our Pearl Works student apartments.

Our other properties might not be quite as close (or on, rather!) to campus, but none are far and each has their own advantages and a unique selection of perks and extras.

The University of Sheffield has buildings spread out across Sheffield, but is primarily centred on University Square.

On the doorstep of our Portobello Point accommodation and just up the road from our other properties is the Mappin Building, Jessop West, and the brand new £81m Diamond Building (home to the University’s engineering department). Just across the road you’ll find the Student’s Union, the Information Commons, and many other university buildings old and new. We offer a wide choice of student housing and Sheffield University student accommodation that will suit your needs.

Because Sheffield’s an easy city to get around, students live all across the city. For anyone who wants to escape the city centre, The Park student properties are just up the hill on the other side of Sheffield station to Sheffield Hallam University. With a free shuttle bus running hourly, this accommodation is popular with students from both Sheffield Hallam and the University of Sheffield.

Elsewhere in the city, Sheffield Supertram has stops at both universities, the city centre, and big venues like the Arena and Meadowhall. City centre buses are extremely regular and reliable too, and are really cheap with a student ID. If you prefer to do so, walking and cycling around the city is easy too and there are many green spaces to enjoy; Sheffield is the greenest city in the country.

Sport and Entertainment in Sheffield

Sheffield became the first UK City of Sport in 1995 so there’s plenty happening, including 3 climbing centres, an Olympic-size swimming pool, and the world’s deepest diving pool. There’s also ice hockey, basketball and two football teams: Sheffield Wednesday and Sheffield United. Then, on top of that, there’s Rugby League, Ice Sheffield, and the world’s biggest bouldering wall at The Climbing Works. And finally, as if that wasn’t enough, to the west of Sheffield is the Peak District, which is a stunning area for hill walking, cycling, and rock climbing.

Nights out in Sheffield often start on West Street, where you’ll also find some of our student properties, and progress from bar to bar towards one of Sheffield’s many student focused night clubs. If that’s not your thing though, you’ll quickly find out that Sheffield is home to some of the best pubs around. Many of these are in the city centre, but others can be found down in the Kelham Island area of Sheffield – near to our Bento properties, Holman House, and Princess House.

Sheffield’s reputation for great music and clubs is well deserved. Sheffield has more than 30 cinema screens, 2 theatres (the Crucible and Lyceum), and 2 big concert venues (Motorpoint Arena and City Hall). There are also many other venues regularly putting on gigs including The Leadmill, the O2 Academy and The Octagon Centre.

Whatever your student housing Sheffield needs, we can help. Give us a call or book a viewing for some of our properties today. 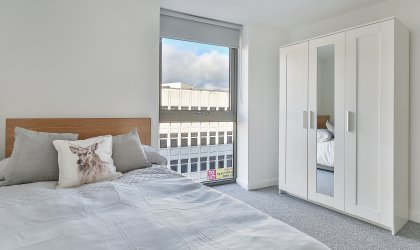 New Chapel Walk Apartments are available to both students and professionals looking for modern City Centre living in the Heart of Sheffield. 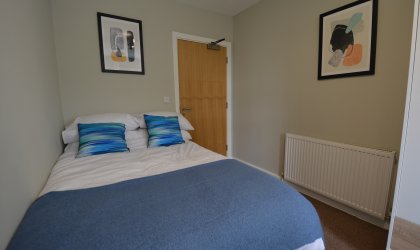 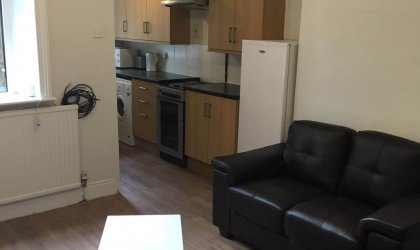 An attractive 5 bedroom terraced house located in the Broomhill area. This property is an ideal location for Sheffield University and hospitals. 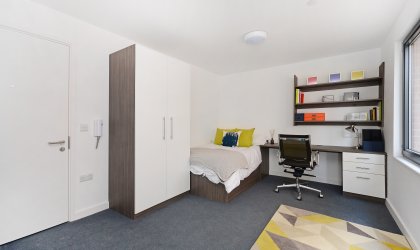 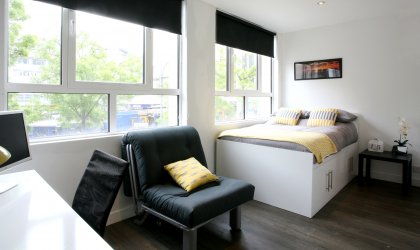 Built in 2015 Watson Chambers is brilliantly located in the heart of Sheffield city centre. Both Sheffield Hallam and University of Sheffield are within close proximity. Now from £145 pppw. 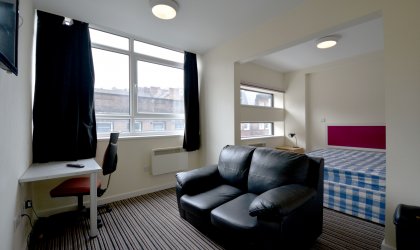 Modern and affordable living for individuals or sharers alike, this property is in an ideal City Centre location for all of what Sheffield has to offer! 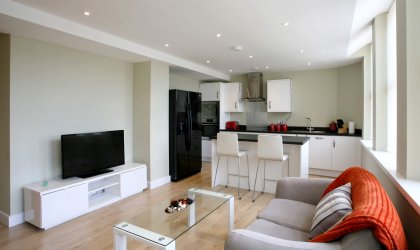 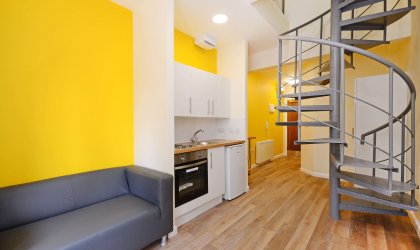