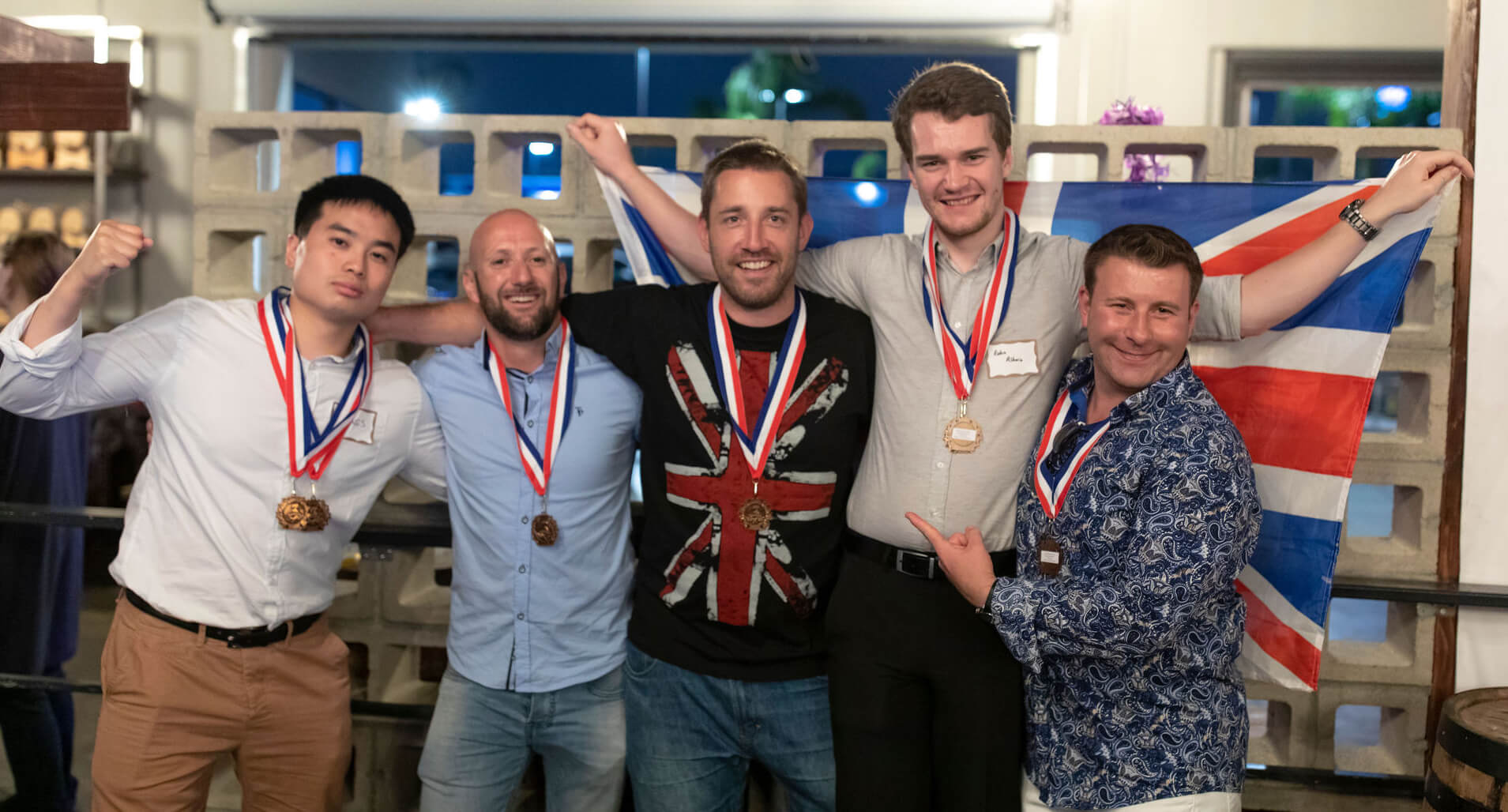 Aikido is a modern Japanese martial art that was created as a form of self-defence that would also protect attackers from injury.

James, who is 29 and works for Sheffield property management specialists Omnia Property Group, became interested in the sport when he was a student at the University of Sheffield.

And after a decade of practice, he recently attended the Aikido World Championships in San Diego California, where he picked up two bronze medals over three days of competition.

“My first major competition win was the universities championships in 2012,” James says. “My first significant international result was when I reached the semifinals in Australia in 2015 in the main sparring event. “More recently in 2017/18 I finished third in the national championships in the sparring again.

“I was really excited to be going to California this summer and then to find myself on the winners’ podium was more than I had ever expected.

“It was fun to be in California but I don’t put pressure on myself at these things – in fact I treated this as a bit of a holiday so to do so well was really beyond anything i’d expected.”

Now he’s back in Sheffield again, James has returned to sessions at the Kyogikan Martial Arts Centre in Devonshire Green, where he not only trains but also teaches all aspects of aikido.

“Aikido is similar to Judo but the best way to describe the difference is the distance between the participants, the contact isn’t as close as it is in Judo, there is less body contact,” James explains.

“I would like to think aikido has made me a better person, although that is of course for others to judge!”